Leamaneh Castle:  10 Things to Know About This Structure on Ireland's Western Coast

Leamaneh Castle is located near the sister villages of Corofin and Kilfenora in County Clare, Munster Province. Located on the western coast of Central Ireland, this Castle is well worth the trip for history or architecture enthusiasts. 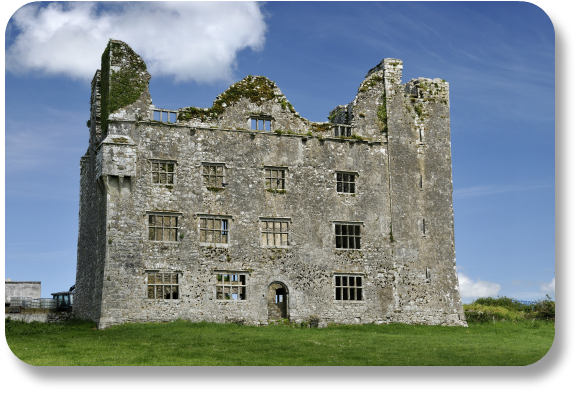 From Dublin Airport, the car ride will be between two and three hours via the M4, the M6 and then the N66 through a small village until the castle ruins, as well as its new structure, loom up ahead.

Things to Know About Leamaneh Castle

You can find more information on this terrific Irish landmark here.