Molly Malone lyrics tell the story of a woman name Molly who sells fish in the streets of Dublin but dies of fever at a young age.  It is an unofficial anthem for the city of Dublin and a wildly popular Irish song. 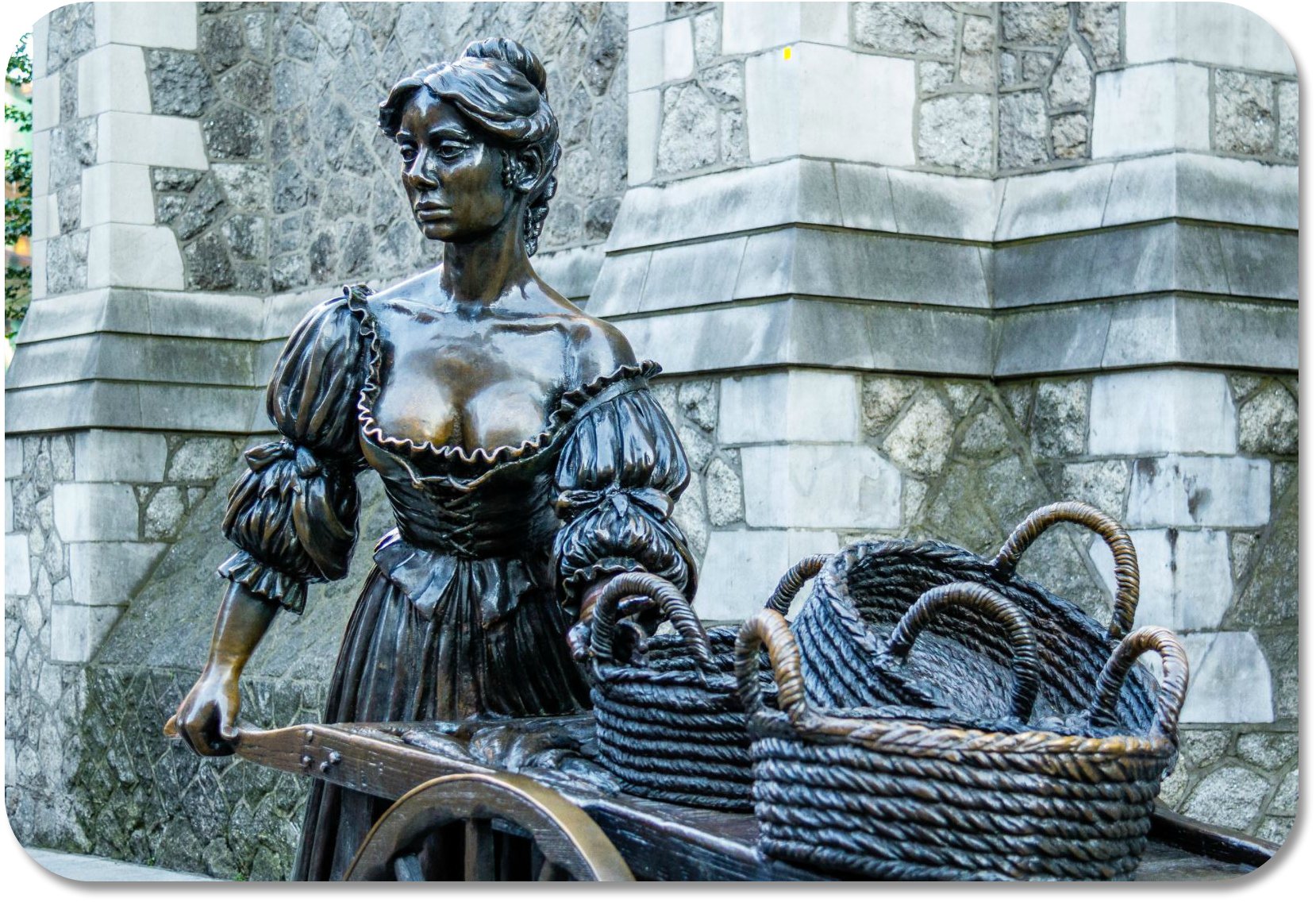 It has been recorded by countless artists, and it is even a sports anthem for many teams.

Here are some fun facts about Molly Malone lyrics.  Hopefully they will entice you to sing along next time you hear it!

To help you do just that, here are the Molly Malone lyrics!

Where the Girls are so pretty,

I first set my eyes,

As she wheeled her wheel barrow,

She was a fish monger,

And sure it was no wonder,

For so were her

Father and Mother before,

And they both wheeled their barrow,

She died of a fever,

And no one could save her,

And that was the end

But her ghost wheels her barrow,

Music:  "Molly Malone" by The Ferrymen

We love this classic live recording ...

We also enjoy this version from Sinead O'Connor...