Unicorn Song Lyrics:  Learn the Words to One of the Most Familiar Pub Songs in the World!

Learn Unicorn Song lyrics today, and tomorrow you can be one of the thousands of people who express their Irish love of music - loudly - at pubs across the Emerald Isle and around the world. 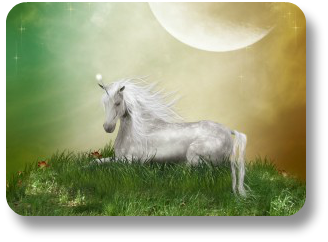 At first glance it’s a surprising choice for beer lovers considering its childlike lyrics but when you hear it and sing along with it, you will understand why it is so beloved.

In a few moments we'll give you a link to listen and sing along.  But first...

Here are 6 fun facts about this amazing song.  Hopefully they will entice you to sing along the next time you hear it!

Irish expressions is about having an Irish experience, on demand, wherever you happen to be.  What better way than to sing along?

To help you do just that, here are the Unicorn Song lyrics!

A long time ago, when the earth was still green
And there were more kinds of animals than you've ever seen
They'd run around free while the earth was being born
But the loveliest of all was the unicorn

There was green alligators and long-necked geese
Some humpty-backed camels and some chimpanzees
Some cats and rats and elephants, but sure as you're born
The loveliest of all was the unicorn

Now god seen some sinnin' and it gave him pain
And he says, "stand back, I'm going to make it rain"
He says, "hey, brother Noah, I'll tell you what to do
Build me a floating zoo"

And take some of them green alligators and long-necked geese
Some humpty-backed camels and some chimpanzees
Some cats and rats and elephants, but sure as you're born
Don't you forget my unicorn"

"Hey, Lord"I've got your green alligators and long-necked geese
Some humpty-backed camels and some chimpanzees
Some cats and rats and elephants, but Lord, I'm so forlorn
I just can't see no unicorn"

Then Noah looked out through the driving rain
Them unicorns was hiding, playing silly games
Kicking and splashing while the rain was pouring
Oh, them silly unicorns

There was green alligators and long-necked geese
Some humpty-backed camels and some chimpanzees
Noah cried, "close the doors 'cause the rain is pourin'
And we just can't wait for no unicorns"

The ark started movin', it drifted with the tide
Them unicorns looked up from the rock and they cried
And the waters came down and sort of floated them away
And that's why you'll never see a unicorn, to this very day

You'll see green alligators and long-necked geese
Some humpty-backed camels and some chimpanzees
Some cats and rats and elephants, but sure as you're born
You're never gonna see no unicorn

Here is a classic stage performance by the Irish Rovers.

This one is illustrated and fun!