Traditional Irish Clothing: Express Your Irish Side Through the Styles You Wear!

Of all the ways to express your Irish side, traditional Irish clothing may be the most personal and flexible. 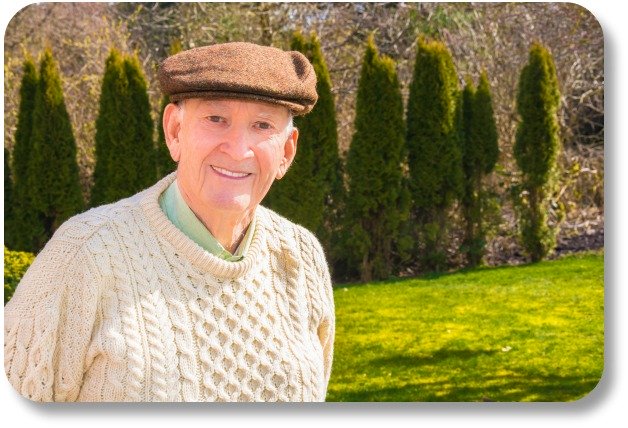 Whether you choose to include clothing from Ireland in your wedding theme or to wear a humorous Irish t-shirt on St. Patrick's Day, the options for expressing your Irish side through clothing are endless.

Here you will have a chance to learn a little bit about Irish clothing, both traditional and modern.

If you find yourself inspired to know more about Irish customs like these, please pay a visit to our main section on Irish trivia and traditions here...

The Celts of early Ireland had no written word, so everything learned of their early clothing was from the records of the words or Greek and Roman writers.

In early Ireland, your clothing identified not only your clan but also your rank in society. 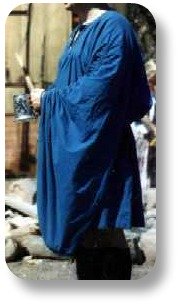 The leine was a Celtic tunic that bloused at the elbow on the sleeve and was wide at the bottom—often extending beyond the knees.

These were normally made of plain linen.

Over the leine, they wore a brat, which you pronounce like the sausage, not the spoiled child.

Both men and women wore leines, but those for women were longer.

The plain garment often had decorative embroidery around the neck, lower hem and sleeves in later years, or they might be sleeveless and plain.

The shorter the leine, the lower your status in society was. Probably because lower status often meant physical labor and a longer leine would impede that.

In fact, some pictures show laborers shirtless and wearing what appears to be a kilt. Again, it wasn’t. It was a leine tied at the waist with a belt and thrown off the shoulders to keep the laborer cooler.

What about a kilt?

In general, the Scots were the kilt wearers, not the Irish! While there’s a perception that the Irish wore kilts, most likely what people considered a kilt was actually a leine gathered at the waist by a belt. 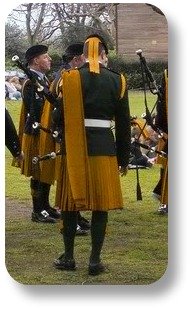 You’ll see many variations of the Brat depicted in pictures of ancient Ireland.

It was just a piece of rectangular or oval material folded many times, draped over the shoulder and sometimes pinned with a broach.

The early Irish used brats either as a shawl or in inclement weather, put over the head as a hood. The shorter brats were often worn with trews—a type of trouser.

The brat was a cloak that was fastened with a dealg—a brooch. The number of colors in the pattern of the brat indicated the level of importance.

If you were a king, you had seven colors, a Druid had six, noblemen had four colors and freemen only had one.

This type of clothing remained fashionable for centuries. 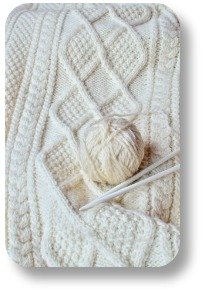 Of course, Ireland has many of the same fashion influences today as the rest of the world.

However, some articles of traditional Irish clothing are identifiably Irish and still worn today.

These are Aran jumpers (sweaters) and originated in the Aran Islands off the coast of Ireland.

The women of the area made the original jumpers were from undyed yarn made from sheep wool called Bainin.

Sometimes, they used wool from black sheep, but normally the sweaters are cream in color.

Legend has it, the intricate cabling down the front center of the sweaters identifies the clan. We were skeptical at first...

But then ... I'll be darned ... we found this gorgeous website that explains the connection between Aran designs and clan symbols.  It offers a wide range of traditional Irish clothing. You should not miss

Check it out, then come back and tell us what you think! 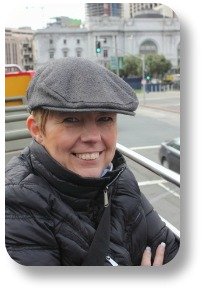 Tweed is a rugged fabric, resistant to wind and water with excellent insulating properties.

Like the Aran wool designs, it is used in hats, jackets, scarves and other types of clothing.

The most common theory holds that tweed was developed in Ireland and Scotland as a fabric suited for the weather.

The style of tweed most closely associated with Ireland is Donegal tweed - a handwoven tweed manufactured  for centuries in County Donegal, Ireland.

This area is well suited both for the sheep that donate the required wool, and for the foliage that produces the necessary dyes. 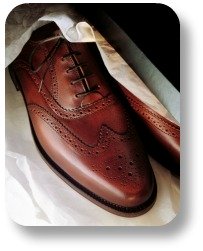 Brogue shoes have perforations in the leather to allow water to drain.

These types of shoes originated in Ireland and Scotland and the holes were necessary for those walking in boggy areas.

While they weren’t acceptable formal wear in early times, due to the association with walking in the fields and rural living, today brogue shoes are worn almost everywhere.

The functional traditional design has taken on a modern look. 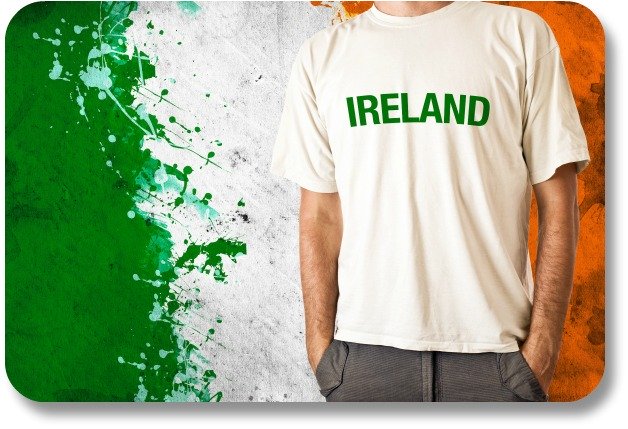 While not traditional, or particularly practical, there are many other types of clothing that can be seen sporting the symbols and sayings of Ireland.

Think "kiss me I'm Irish" T-shirts, ball caps with harps or shamrocks on them, green gloves or stockings... you get the idea.

How Can I Learn More About Traditional Irish Clothing?

Every week we scan the web for great examples of Irish clothing, both traditional and modern.  The good news is; there are a number of terrific places to find beautiful items - and here is one of them! 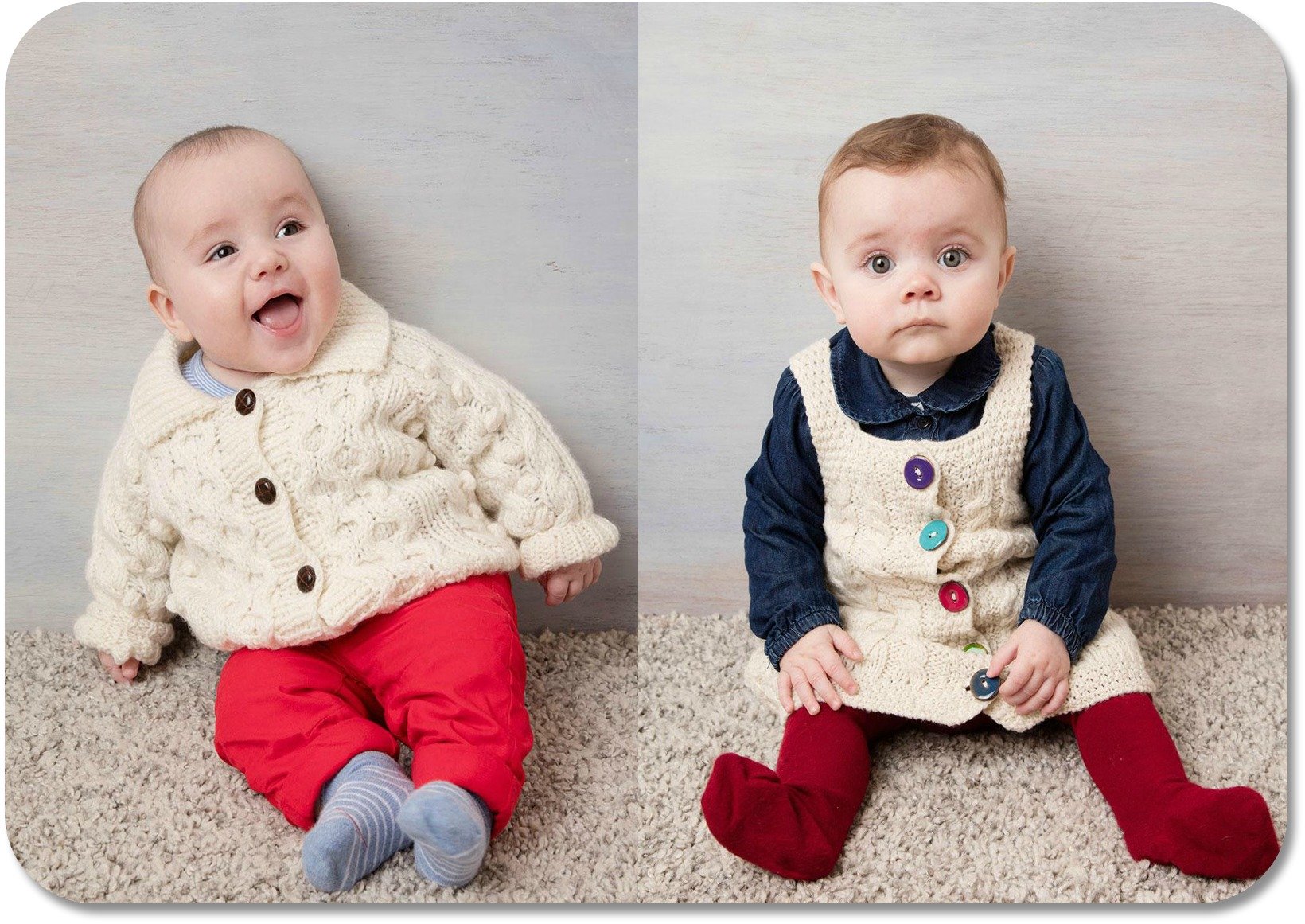 If you have enjoyed our section on fun Irish trivia and traditions, you have probably been exposed to many of the most exciting traditions that Ireland has to offer!

Until then - thanks for visiting Traditional Irish Clothing!  Please continue exploring your Irish side at Irish-Expressions.com.

Get 10% Off Traditional Irish Clothing!

From our friends at RealIrish.com