Riverdance Music: An Unforgettable Celebration of Irish Culture and Heritage!

If you go to see a performance of Riverdance music, don't expect to see anybody shaking their booty! 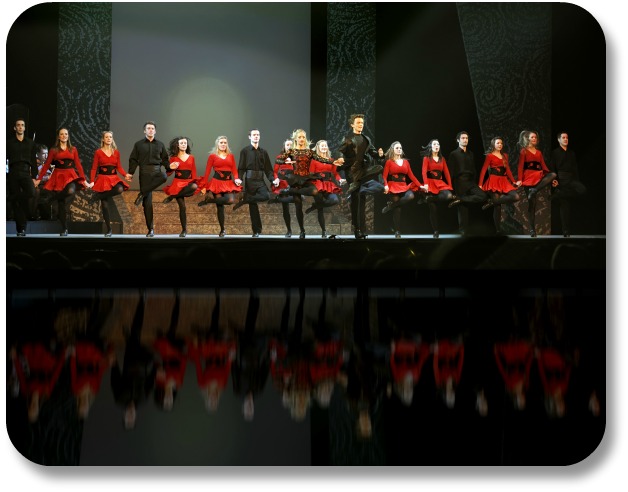 The core of the show is traditional Irish step-dancing, involving intricate footwork and leg movements, with a mostly still upper body.

The show got its name in 1994 when Moya Doherty created an act to fill time while judges tallied their votes for the Eurovision Song Contest.

She had Bill Whelan compose the music, which he called "Riverdance.”

She also used traditional Irish dancers for the number.

It was such a hit that not only did Riverdance music rise to number one on the charts, the public clamored for more and the show went on the road in 1995.

As we continue, should you find yourself wanting to know more about Irish customs in general, please pay a visit to our main section on Irish trivia and traditions here...

Riverdance Music:  Some Interesting Facts About the Show

The original male dancer was Michael Flatley who eventually left at the producer’s request (we have no idea why).

Flatley landed on his feet (so to speak) with his own dance productions, “Lord of the Dance” and “Feet of Flames.”

However, there are plenty of troupes to perform Riverdance music on an international scale.

What's it All About:  Act I

The first act is about the settling of Ireland. The main number starts with a soft shoe dance called the “Dance of the Riverwoman.”

The Riverwoman meets the land that’s now awakening and beginning to grow. A hard tap solo represents the Earthrise that eventually throws itself into the sea.

From that point, the rest of the first act has to do with settling Ireland. It includes many of the Irish legends. 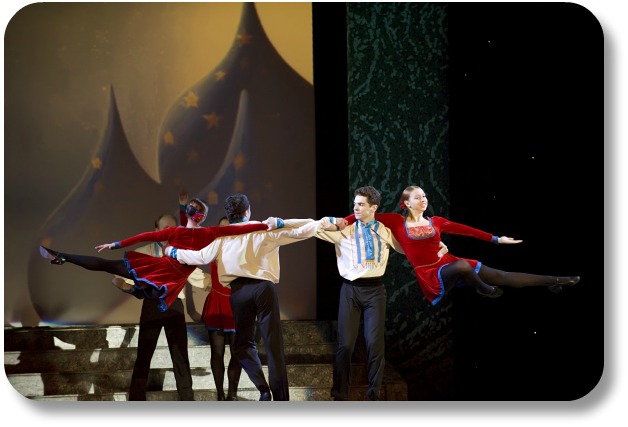 What's it All About: Act II

The second act takes the Irish to the New World where they intermingle with other cultures.

The numbers performed in the second act vary by the version you see. In Europe, there are five numbers not in the American version.

These numbers are “Harlem to Hollywood,” which features three black tap dancers, “Andalucia,” featuring flamenco dancing, “Macedonia Morning,” a Russian dance, “Hope to the Suffering,” a gospel song and “An Chuifhionn,” a flute solo.

Many of the musical numbers are in Gaelic, which makes it even more intriguing.

In fact, one song, “Shivna,” comes from an old Gaelic poem about an Irish chieftain that must roam forever in the woods with an old crone, due to the curse of a bishop. Many have tried to translate the poem but failed because of its difficulty.

If you want to get a real feel for “Riverdance” music, put on some Irish sounds and wildly tap your feet but keep your upper body perfectly still (make sure nobody that matters is watching you at this moment).

We suspect you’ll last five minutes at the most, or if you’re like me, more like 39 seconds! Step-dancing is one of the most demanding of Irish expressions.

Or if you want to leave it to the professionals, you can see it in action here.

Until then - thanks for visiting Riverdance Music!  Please continue exploring your Irish side at Irish-Expressions.com.