Doonagore Castle:  A Funny Name - And an Important Purpose!

Head to the Western shores of Ireland to find Doonagore Castle, which is a truly iconic landmark in County Clare within the Province of Munster. Unsurprisingly, since it served as a navigational pier, the castle is just on the coast of the Atlantic Ocean. 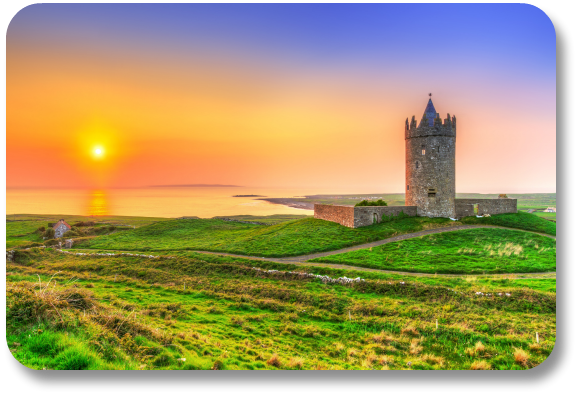 If you're heading there straight from Dublin Airport, set aside about three hours and take the M7 to Limerick before turning north and following the N18 to Doonagore.

Things to Know About Doonagore Castle

You can find more information on this lovely Irish castle here.