About 80 miles from Dublin in County Kilkenny is Foulksrath Castle, the famed tower castle of Leinster Province.

After you arrive at Dublin Airport, the drive to the Castle is quick and shouldn't take more than 90 minutes in typical traffic. 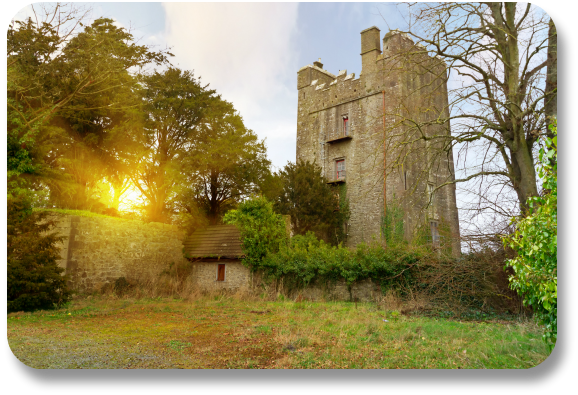 Head to the south of Dublin, hop on the M7 heading south again and then exit onto the N77 to lead you to Foulksrath Castle in Jenkinstown.

Things to Know About Foulksrath Castle

You can find more information on this important Irish landmark here.