History of Limerick: Historic Town, Amusing Poem - Read on For a Little About Both!

If you are like many people, the only thing you know about the history of Limerick is that those funny, five-stanza poems were named after it (supposedly!).

Most folks are unaware that the city of Limerick itself is a fascinating place with very interesting history, and major attractions of its own. 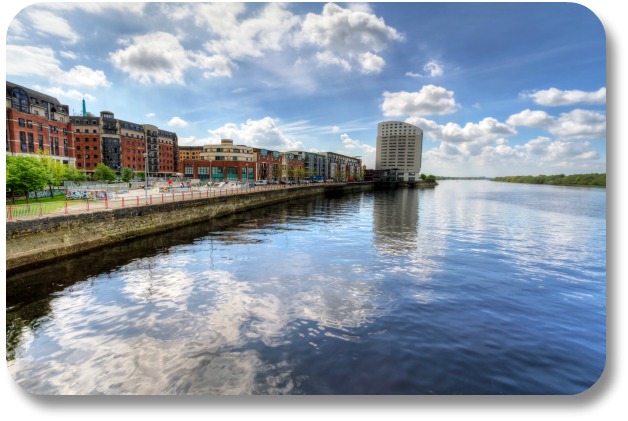 Whatever your interest in Limerick, Ireland, we have something just for you.  Read on!

And if you should find yourself wanting more information on Ireland and her customs, please visit our main section on Irish trivia and traditions here...

Meanwhile, please enjoy a brief overview of the history of Limerick.

According to legend this famous little rhyme is named after the city by the same name. Over the years, its popularity has made the name of the city almost a household word.

Limericks (the poems) are short and amusing. Many are at least a little naughty. If this is the kind of Limerick you are looking for, you can find many more examples here.

English writer Edward Lear popularized this style by including numerous examples in his 1846 Book of Nonsense.

They often start out with the line “There was a …” and go from there. Here’s a relatively innocent example (some are quite raunchy):

“There was a young woman from Stroud,

Whose artistic skills did her proud,

She thought it not rude,

To paint in the nude,

And soon drew a sizeable crowd.”

Regardless of content, all contain five lines of rhyming verse, with the final words of first, second and last line rhyming with each other; the third and fourth lines offer a different rhyme.

The mists of time have obscured the connection between the poems and the city, but the poems probably first appeared in Ireland somewhere in County Limerick.

No matter where they came from, it's clear these little verses have helped to keep the city famous while brightening the days of countless people.

History of Limerick: The City

Located in mid-western Ireland, this lovely city is tucked into the curves of the River Shannon not far from the estuary’s banks.

And despite common perception, we're not talking about a picturesque little country village - it’s actually the fourth largest city in the country!

"Modern” history of Limerick goes back to the Viking days of 1,200 years ago.

The Vikings (being Vikings and all) plundered, pillaged and burned the earlier, ancient settlement to the ground before founding their own town on the ashes of destruction.

Ancient Greek traders may have landed at the estuary of the River Shannon, near the “original” Limerick.

In fact, an island within the city borders was once called by a name meaning “the Isle of the Dark-Haired Foreigners,” which is thought to be a reference to the ancient Greeks.

Legend has it that a number of Christian saints passed through the city during their travels throughout the Emerald Isle.

Trading prospered in the city throughout the centuries, thanks to its favorable location on the Shannon near the island’s west coast.

In fact, the city grew rich. During the Irish civil wars of the 1600s, it was besieged several times.

As a result of all the strife, the city earned the motto “an ancient city well-studied in the arts of war.” I guess the city had a lot to deal with back then.

So, visiting this famous city would allow you to walk in the footsteps of ancient Greek mariners, Viking plunderers and the builders of Norman castles and Gothic cathedrals, not to mention rebellious locals and Irish merchants.

Once you toss a few saints in for good measure, you realize the city is quite an interesting place. 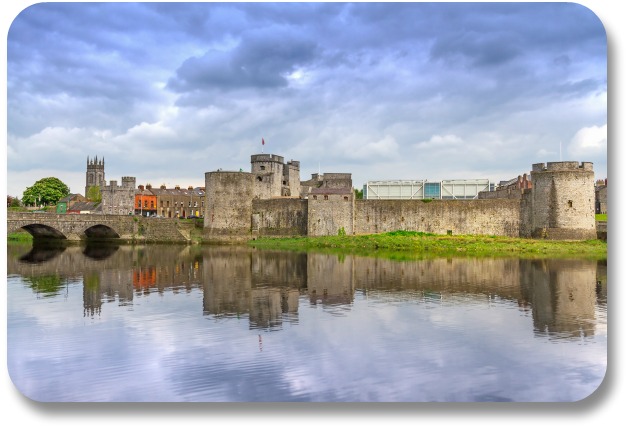 What Else Should I Know About the History of Limerick?

Well, for one thing, Limerick is the first Irish city to have “Street Ambassadors” – people who guide travelers through the city, making sure their stay is interesting and enjoyable.

City sights include relaxing boat tours up and down the Shannon, the 13th-century King John’s Castle in the medieval district, Hunt’s Museum and its treasure trove of local Iron Age, Bronze Age and medieval objects, colorful festivals every year, and various fascinating walking tours.

The city also is the setting for much of the best-selling book Angela’s Ashes, and one walking tour focuses on locations from the book and the film adaptation.

The city also boasts a vibrant nightlife, with plenty of warm, cozy pubs as well as high-energy nightclubs.

Until then - thanks for visiting our brief History of Limerick!  Please continue exploring your Irish side at Irish-Expressions.com.