How to Write a Limerick:  Simple Steps to Endless Irish Entertainment!

Learning how to write a limerick is simple and fun. Limericks are simple, clever and bright little poems. Making them up is fun, and writing them is easy, especially when you do it in a group of friends. 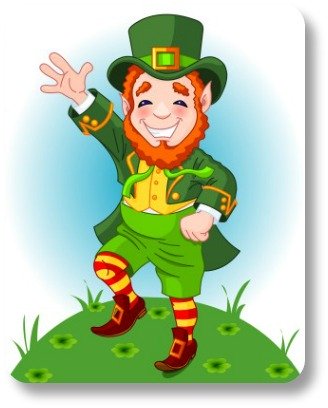 If you want to learn about writing a limerick, a really GOOD limerick, one that will still be funny ‘the next day’ and beyond - we have a few tips for you.

And if you want more information about limericks in general, feel free to visit our main section on Irish limericks here!

Meantime, please enjoy learning how to write a limerick!

How to Write a Limerick:  The Basic Rules

TIP: We prefer limericks that do NOT repeat themselves in the first and final lines. In the limerick above you see the rhyme is created by simply repeating ‘old man of Dumbree.’

In our opinion, a limerick is usually funnier (and ALWAYS more clever) when the first and final lines are made to rhyme without repeating words.

Ron Faoro says it best in this funny gem:

Because when constructing a rhyme
He inserted words a second time
He thought he was clever
Or cute or whatever
Is it clever to rhyme rhyme with rhyme? ©

So we might re-write our limerick above to finish with this line:


…so my friends you must let them go free

…tea is better, that’s my guarantee.

How to Write a Limerick:  Choosing a Topic

When it comes to how to write a limerick, choosing the topic will probably be the most challenging part of the process.

The protagonist (main character) can be anyone. An ‘old man’ is a very typical hero, a boy or a girl can be used as the stars of the show, as well. Typically the first line explains where the main character is from.

“There was once a boy from Cancun…”

Once you have identified the main character, imagine a short event or description for that character, using the traditional form and rhythm.

How to Write a Limerick:  Rhythm is the Key to Success

The limerick’s rhythm is just as important as the rhyming pattern. Just like with the rhymes, the first, second and final line should have the same rhythm.

The rythms of third and fourth lines are identical to each other, but different from the first, fourth and fifth.

Who kept all his cash in a bucket.
(same rhythm as the first line)

But his daughter named Nan,
(dum-dum-DUM-dum-dum-DUM)

Ran away with a man.
(same rhythm as the third line)

And as for the bucket – (fill in the blank).
(same rhythm as the first line)

How to Write a Limerick: The First Line

Most limericks start with who the main character is and where they are from (like the examples above). This structure is the most typical, and an easy way to get started.

But who wants to be typical? Feel free to experiment, as long as you follow the other rules that make a limerick a limerick. Here are a couple of examples of creative first lines:

… then continue thinking of words to rhyme with Jenny, and matching the rhythm of the first line in lines 2 and 5.

… then continue the limerick by thinking of words to rhyme with Crewe, and matching the rhythm of the first line in lines 2 and 5.

How to Write a Limerick Line-By-Line

We love to write limericks in groups, with one person choosing the opening line, then passing to the next person. That person can either add the second line or ‘pass’ to keep the process moving.

TIP: For an adult version of this process, consider a punishment for anybody who ‘passes’ (take a shot of Guinness, remove an article of clothing, kiss the person to the right, whatever).

A successful second line will follow the rhythm and rhyme of the first, while setting up the subject of the limerick (what the main character is like, or what happens in the story).

For example, let’s say you are in a circle of friends, making up Limericks, and the person before you starts the process:

In a castle that had a deep moat…

YOU’RE NEXT! What rhymes with ‘moat?’ What do you know about castles? The pressure is on… And then you deliver!

Lived a chicken, a duck and a goat...

Phew! You live to rhyme another day. Meanwhile your buddy to the right is sweating it big time…"thanks a lot!” he / she says. "What am I going to say about a chicken, a duck and a goat???!!"

But as so often happens in group limerick-writing, your friend also comes up with a flash of brilliance – and then they add another line just to show off:

They planned to go out

And to wander about

"CHEATER!!!" you all yell at your beaming friend (who intentionally took two lines instead of one).  The person on the right hits them in the arm “you left me with the hard one!” they say…

But then they too deliver the goods:

But all they needed was a boat.

Later that night the same group comes up with this masterpiece:

A flea and a fly in a flue
Were imprisoned so what could they do?
Said the fly: “let us flee!”
“Let us fly,” said the flea.
So they flew through a flaw in the flue.

Wait a second... I'm not so sure that was their original work...

Several More Tips on How to Write a Limerick

Always pick a topic that has personal relevance. You can exaggerate on stereotypes, you can use insider jokes or you can even create a limerick about your own life.

Choosing something that you hold interest in will make the poem more believable, and easier to write.

The best limericks are the ones that come with a turn or a twist. Start with a second and third line that the reader would expect. Introduce the turn in the fourth and fifth lines to make the limerick more entertaining and hilarious.

This example shows you how to be funny with a twist:

There once was an old man of Esser,
Whose knowledge grew lesser and lesser,
It at last grew so small
He knew nothing at all,
And now he's a college professor.

That Was Fun!  So What's Next?

Funny and clever limericks are an essential part of Irish culture. Share them during special occasions, to celebrate Irish culture and express your personal Irish side!

For more information of this type, you may want to pay a visit to our main section on Irish Sayings here!