If you are an expecting parent searching for Irish baby girl names, or simply curious about the meaning of a particular name - welcome!  We would love to share some of our favorites, and offer you connections to many more. 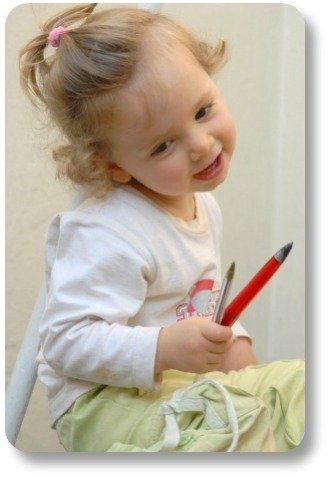 Irish baby names are so popular today because of their beautiful sound, and often their unique history and meanings.  They also provide the parents with an opportunity to express their Irish sides!

Here are some lovely Irish names you can use for ideas, as well as a little history and information on each name.

If you are like me, as you read you may find yourself wanting to know more about Irish customs and traditions in general.  If so, please pay a visit to our main section on Irish trivia and traditions here...

This beautiful Irish baby girl name name became popular due to the legend of Queen Maeve, a famous warrior in the first century B.C.

Legend tells that she was given Connaught by her father as a gift. She is said to have possessed incredible power and legend says that she was buried near Knocknarea in a large tomb.

Since it is such a powerful name, it is a popular choice among Irish families still today.

Often changed to “Alby” in English, the Irish name Ailbe is taken from the Irish world that meant “white.”

In history, St. Ailbe had an association with the monastery found in County Tipperary at Emly. Locals asked him to bless a river, which was known to have no fish in it.

After he bless it, it was filled with fish, leading the locals to build many churches in his honor at some of the best sports for fishing along that river.

Today, this unique name is used for girls, as well as boys.

Pronounced as “kay+linn”, or often transposed into Kalin in English, the Irish baby girl name Caoilainn is a combination of two Irish words.

Several saints through history had the name, including one saint who was known as an esteemed lady who was gentle and sweet.

Ciara is still a popular name today and across the world is often use in its original form or as “Kira” or “Keira.

This name comes from the feminine form of the name “Ciaran,” which is a name meaning “dark.”

The meaning implies that the person has dark eyes and hair. This name continues to be popular in Ireland today.

Pronounced “Dare+dreh” or “Deer+Dre,” this famous Irish baby girl name became popular because it was the woman considered to be the most beautiful during ancient Irish times.

Betrothed to High King Conchobhar Mac Nessa, she actually fell in love with Naoise, the king’s nephew.  Naoise and Deirdre eloped to Scotland together to live happily in exile for some time.

The king pretended to offer forgiveness to the couple, tricking them to come back to Ulster, where the king killed Naoise. Instead of continuing to live with the king who killer her husband, Deirdre three herself off the king’s chariot.

Legend says that the lovers were buried near each other and that yew trees grew from each grave, eventually joining their branches.

Grainne In Irish, the name is pronounced “graw-nya,” and it comes from the Irish word meaning, “corn” or “grain.”

In ancient Ireland, Grainne was the patron of harvest. Other legends told of a Grainne who was the lovely daughter of Cormac Mac Art, the High King of Ireland.

She was promised to king Fionn Mac Cool, but when she saw he was too old, she put a spell on Diarmuid, Fionn’s nephew. The two ran away together, but they never could spend more than two nights in one place due to Fionn’s pursuit.

Norah is a classic, popular Irish name, which some believe is a shortened form of Eleanor, which means “torch.”

Others believe that the name came from the Latin word that meant, “reputation or honor.” Norah became such a popular name in Ireland during the Middle Ages that it was assumed to have Irish origins.

This lovely Irish baby girl name is pronounced “ro-sheen” and often has been changed to Rosaleen in English.

It has been a popular Irish name since back in the sixteenth century and is thought to come from the Latin word “Rosa,” which means “little rose.”

Through its use in Irish writings, it became a poetic symbol of the country of Ireland.

Eithne Pronounced “en+ya” and used in English as Enya, this name actually means “kernel of a seed or nut.”

However, some believe that the name is related to the word “Aidan,” which means “little fire.” Many women in history have had the name, including at least nine saints.

Often changed to “Darina” in English, the name means bountiful or fruitful.

Legend tells that Daireann was a beautiful woman who fell in love with the legendary Fionn Mac Cool, who already had many wives.

She requested that she would have a year as his only wife, and after that year she demanded that she have at least half of his time.

Until then - thanks for visiting Irish Baby Girl names!  Please continue exploring your Irish side at Irish-Expressions.com.